A reality check on the end-user perspective

This article consists of results from the Celsius project’s demonstrators regarding end-user side optimisation. It includes schemes that are presented in the following articles:

A summary of all these articles can be found here. As some of the results bear on the combination of different energy efficiency measures, they have been gathered in this separate article.

Impact of energy management methods on a building’s energy performance 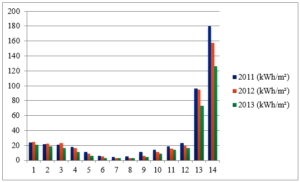 Figure 1. Energy consumption reduction in a large building following the implementation of a climate agreement in Building 1.

A better understanding of the dynamics of a building can enable more efficient energy management. One straightforward way to improve building energy management from an operational point of view is by the optimisation of the regulation curve of the building. In Gothenburg, Göteborg Energi has established climate agreements which enables building owners to delegate the management of the regulation curve efficiency to the utility company – outlined in this article. Göteborg Energi typically performs several step tests with the regulation curve in order to determine the optimal heat consumption as a function of the outdoor temperature. A minimum of 10% of reduction in energy consumption is typically achieved at the beginning of the implementation of the service agreements. Figure 1 and Figure 2 show the reduction in space heating consumption of two different buildings through the climate agreement. 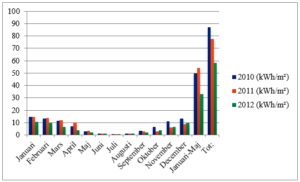 Figure 2. Energy consumption reduction following the implementation of a climate agreement in Building 2.

The implementation of the service agreement involves a potential lengthy process of trial and error through step testing of the dynamics of the building until an optimised regulation curve is determined. It is also common for the regulation curve to be regularly updated during monitoring of the substations under climate agreement. It is important to note that the ability to control the heat consumption will be facilitated by the thermal properties of the building depending on construction and refurbishment. Refurbishment increases the time constant of the building which is the product of its thermal resistance and heat capacity.

The optimisation of the regulation curve, despite providing significant improvements, is theoretically outperformed by more advanced ‘predictive’ control techniques taking into account the dynamics of the building and the estimation of sources of free internal heat. Figure 3 shows a comparison between basic control (thermal regulation curves) and more advanced predictive algorithms. Optimized control refers to a predictive control method applied to a single building whereas multi-agent control generally consists of predictive control approaches cooperatively applied to a group of building via the use of game-theoretical methods. 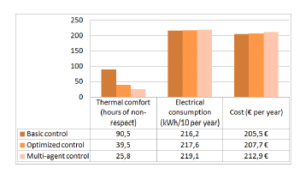 The internal heat sources within apartment buildings have an impact on the balance temperature and the dynamics of a building. A significant part of household electricity is converted into heat, which contributes to the thermal input of the building. Similarly, human occupants emit a certain amount of thermal energy. The use of advanced control approaches also allows for the specification of different types of constraints about heat consumption. This type of control technology can specifically be tuned to shave individual consumption peaks by optimally preheating the building. By optimally is meant that the amount of heat supplied to provide the preheating load will be just the right amount in order to maintain the desired temperature set-point. 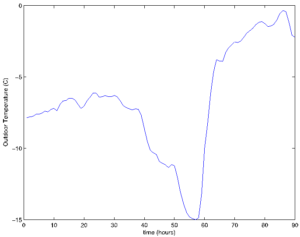 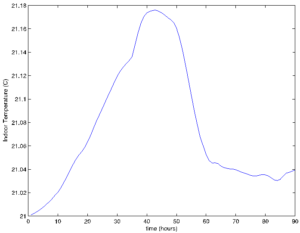 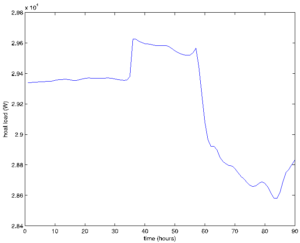 Figure 4 to figure 6, display the evolution of outdoor and indoor temperature as well as heat consumption for a hypothetical building regulated by a model predictive controller. It can be seen that the amount of heat provided anticipates the reduction in the outdoor temperature by preheating the building a number of hours ahead. However, the preheating is calculated so as not to exceed the strict necessary consumption, i.e. there is no need to significantly exceed the set point target of 21°C. 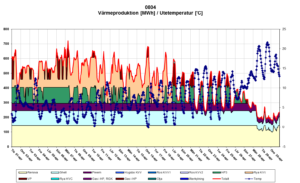 Figure 7. Simulation of the district heating load energy mix in the absence of short-term storage over a month. 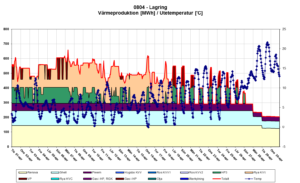 Figure 8. Simulation of the district heating load energy mix with short-term storage over a month.

In the context of Celsius, the effect of short-term heat storage has been studied through simulations of the operational management of the system. Figure 7 and figure 8 display the effect of implementing short-term heat storage on ten large residential buildings in Gothenburg. One can observe that the total heat production and the consumption of fossil fuels is reduced. Not only is it significantly reduced but the variations are also decreased, thus enabling cost reductions by avoiding abrupt changes in demand, allowing a smoother operation of base-load production plants and a lower use of peak load boilers.

The overall system-wide strategy for Göteborg Energi, is to operate short term storage at local geographical areas where clusters of buildings are loaded with district heat while other clusters discharge previously accumulated heat. 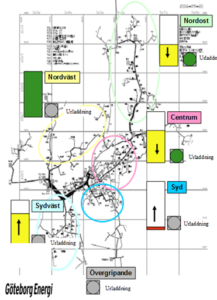 Figure 9. Loading and unloading of short-term heat storage in different district areas as an operational strategy for the entire district heating network management.

Similarly, the influence of energy efficiency measures such as retrofitting is dependent on the rate of refurbishment of buildings in the city or the rate of adoption of a particular technology. The energy efficiency measures concern a significant proportion of the buildings in Gothenburg. However, the heat demand reduction will occur at the same yearly rate as the number of building for which these measures will be implemented. To a lesser extent, especially given the presence of historic building, the demolition rate of old buildings will also affect the total heat demand.

Yet, a continued increase in urban populations will require the construction of new dwellings that add to the overall heat demand, albeit a better energy performance of these new buildings. One of the effects of improving building energy efficiency is that the same heat demand can supply more dwellings. This naturally leads to a ’densification’ of the district heating network, which also may imply some modifications in the way the district heating might be operated. 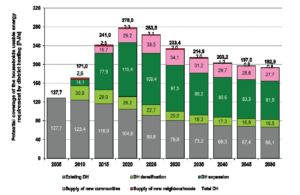 Figure 10. Evolution of the district heating energy flows in Germany until 2050.

Figure 10 gives an estimate of the evolution of the district heating supply and demand flows in Germany until 2050. It can be seen that the heat demand reductions will be compensated by the increase in the number of buildings connected through densification or expansion and supply to new areas until the year 2020. However, from 2020 onwards, the heat demand increases due to network expansion will level off whilst the demand reduction measures through refurbishment will continue.

According to a report published by the Swedish district heating energy association, the reduction potential of the total demand for DH in Sweden until 2025 will amount to up to 39% for residential buildings. A European Commission study evaluates the potential space heat demand reduction of 62% for space heating. This estimate is judged overly optimistic by some research groups estimating the space heating reduction to a more modest 47%.

Besides a mere increase of network size and production capacity, energy efficiency can also have a qualitative impact on the district heating systems. One of these impacts is the possibility to reduce the temperatures in the network as part of the transition to 4th generation district heating systems, which presents some advantages such as an increased efficiency of CHP units, decreased temperature losses in the network, the possibility of using cheaper pipe systems. In some instances, for example the Vertical City in Rotterdam, this can even lead to alternative configurations where the district return flow can be used in cascade to heat more energy efficient buildings or the use of local shared heat storage in some neighbourhoods.

Although heat demand reductions are expected to decrease the use of primary energy, the evolution of the overall energy efficiency of the building stock can possibly carry detrimental effects on the district heating production. For example, a reduced heat demand may affect the profitability of co-generation of CHP plants and cause a shift to other less efficient power generation technology, potentially leading to an increase in CO2-emissions as discussed by Åberg and co-workers. These impacts on the production and distribution of district heating systems highlight a relation of co-evolution between the network and the end-users. This co-evolution is facilitated if the reduction of heat demand is gradual, which is generally the case for slow rates of refurbishment, which allows for slow reconfiguration of the district heating system.