Brunnshög – Where Science Heats the City 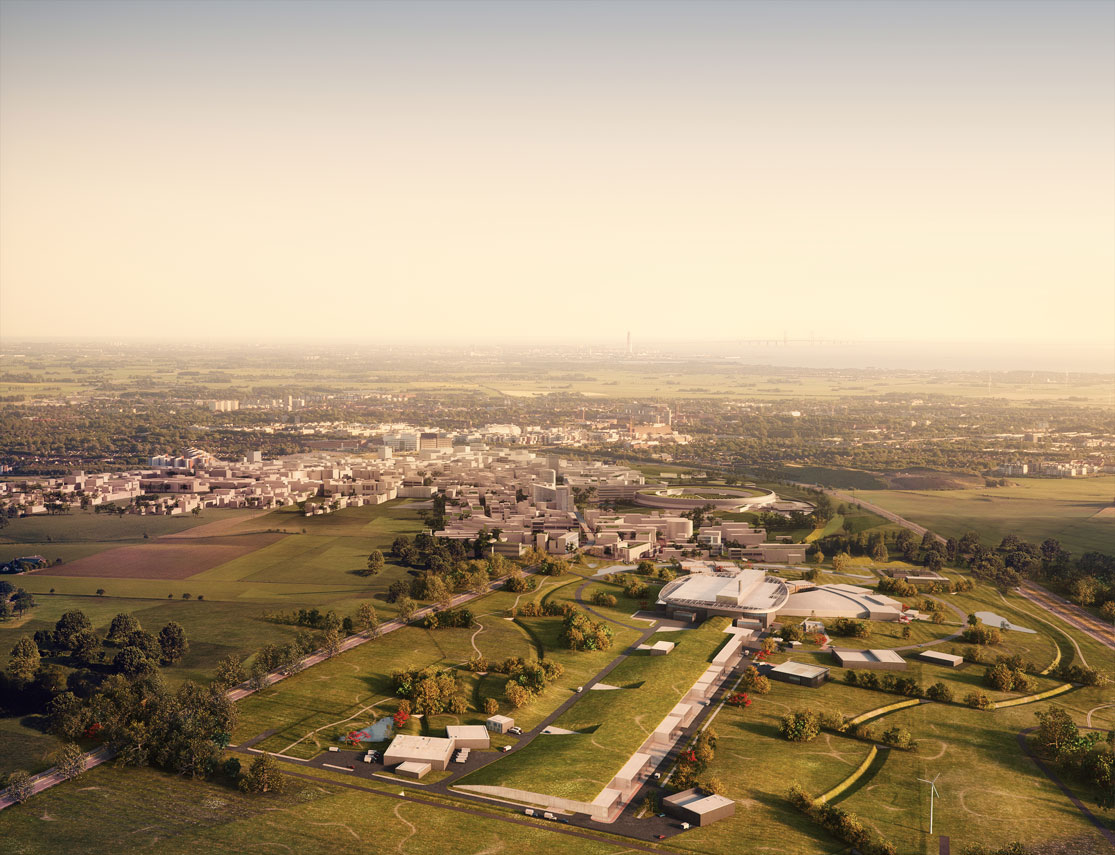 The world’s largest low temperature district heating grid was inaugurated in Lund, Sweden, in the fall of 2019. The grid is based on fossil free energy from recovered waste heat and feature many new technologies. The project was awarded the Global District Energy Climate Awards in the category ”New scheme”.

In 2009, decisions were taken to fund two large research facilities to be placed in Lund; the European Spalla­tion Source (ESS) and the MAX IV Laboratory. Both facilities will be of huge importance for future science and industrial developments within fields such as material and life sciences. They are located in close proximity and form the basis of an entirely new city district called Brunnshög. The city of Lund plan for Brunnshög to be a leading example of sustainable city devel­opment.

Brunnshög
The ESS is still under construction but MAX IV was inaugurated in 2016. It delivers residual heat of slightly lower temperatures than ESS will. To make sure that energy is put to good use, the city of Lund and Kraftringen committed to building a next-generation low temperature district heating (LTDH) grid in Brunnshög.

The system will provide heat for the entire city district through innova­tive technical solutions as well as novel business models. The backbone of the grid has been in operation since September 2019. As Brunnshög grows, more clients are connected and new and innovative uses of heat have been implemented. All tram stops along the city’s tramway will have shelters that are heat­ed by the LTDH system. Bike ways and sidewalks will be heated to make them free of snow and ice in the winter.

The Brunnshög heating system
In Brunnshög all buildings will have low heating needs. Neverthe­less, there is a heating requirement during the winter and year-round need for domestic hot water. Given that there is a heat source available which can supply residual heat at zero primary energy use, there was a need to transfer heat as effectively as possible to ensure low climate impact.

A systems temperature of 65 °C was chosen to eliminate the need for extra equipment to handle growth of legionella bacteria. The lower temperature means plas­tic pipes can be used. These are laid closer to the surface, meaning shallower digging and thereby nar­rower working area and less intru­sion on the surroundings, amongst many other advantages.

Global District Energy Climate Awards
The Brunnshög LTDH grid was awarded an award of excel­lence in the category ”New scheme” at the Global District Energy Climate Awards, held at the Asia Urban Energy Assembly and in coopera­tion with the International Energy Agency and their Technology Col­laboration Programme on District Heating and Cooling, the UN envi­ronment cities initiative and the representative organizations of the district energy sector.

Share This
News Brunnshög – Where Science Heats the City