Energy optimization in a supermarket in Høruphav, Denmark 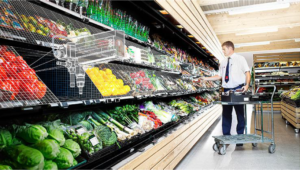 Figure 1. The local supermarket in Høruphav on the island of Als near Sønderborg. Source: Danfoss

A fire at the local supermarket in Høruphav on the island of Als near Sønderborg forced subsequent renovations. Multiple energy optimizations potentials were found, including a low-temperature heat recovery system. Since 2015, excess heat from the supermarket refrigeration system has been delivered to the local district heating company, Sønderborg Fjernvarme. The new refrigeration system has been installed at the local supermarket SuperBrugsen in cooperation with Danfoss and Sønderborg Fjernvarme.

Heat recovery from the cooling system is capable of supplying the entire store with space heating and hot water. The cooling system is a CO2-refrigeration unit. Hereby, gas cooling temperatures are increased compared to traditional refrigeration systems, and excess heat can be utilized directly in the district heating network. There is accordingly no need for additional heat pumps to increase the temperature. As a supplement to the refrigeration system a 1.8 m3 hot water storage tank with a reference temeperature of 65 degrees Celsius has been installed. CO2-emission are reduced by 34% by utilizing excess heat from the refrigeration system compared to the previous gas-based system.

As the supermarket heating system is designed for low-temperature operation, the payback period of the total investment is below 12 months. Lower temperatures are required to heat the store and less energy is consumed in the refrigeration system. When the refrigeration system is paid for, excess heat can be sold to the local district heating company with economic benefits for SuperBrugsen in Høruphav. The heat recovery system investment was approximately € 7400 including the necessary piping but without the refrigeration system and the new low-temperate heating system. The annual saving is approximately € 27,000 depending on the actual cooling needs.

There is a large potential in not only Denmark, but worldwide, for supermarkets to become an integrated part of district heating. Excess heat can be used both internally in the supermarket and delivered to the district heating network consumers, resulting in large energy savings. SuperBrugsen in Høruphav can supply approximately 16 standard households of 130 m2 annually.

In addition to the heat recovery system, the supermarket installed a 50 kW PV-system that covers approximately 5% of the annual in-store electricity consumption. The investment costs for the PV-system was approximately € 54,000 with a payback period below 10 years. SuperBrugsen replaced their old lighting system with LED lighting resulting in annual electricity saving of approximately € 2700. The LED lighting further reduce the cooling demand in the hottest months, as lighting temperatures are lowered.