Exploiting excess heat from a converter station in Endrup, Denmark 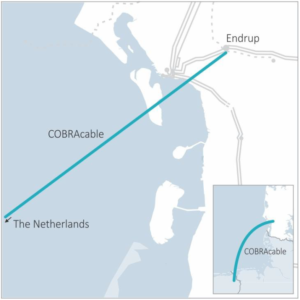 Figure 1. The international connection between Denmark and the Netherlands: the so-called COBRA cable.

The Danish Energinet and Dutch TSO TenneT are currently establishing an international connection between Denmark and the Netherlands called COBRA cable. The HVDC converter station in Endrup near Bramming is expected to deliver excess heat to the local district heating network.

In Denmark multiple HVDC converter stations exist, which connect the Danish electricity grid with surrounding countries and enable international electricity transmission. Near Endrup in Jutland such a converter station is built, where DC is transported to Eemshaven in the Netherlands through the COBRA cable. The cable has a voltage of 320 kV with a transmission capacity of 700 MW and is expected finished and ready for usage in 2019. The converter station will generate surplus heat, which, without energy recovery is cooled away by fans. The surplus temperature will reach approximately 35 degrees Celsius and the converter station will have a full load capacity of 3150 kW. Due to the origin of this excess heat, there is no tax involved, which benefits the project.

Expected to be finished in 2019