The European Horizon 2020 Programme for Research and Innovation promotes ways to address societal challenges such as climate change and energy security. The RES-DHC project — Renewable Energy Sources in the District Heating and Cooling sector, kicked off in September 2020 and focuses on increasing the share of renewable energy in district heating and cooling systems across Europe. 15 project partners from 8 countries including research institutes, companies and cities from Germany, Switzerland, Austria, Italy, France, Poland and Denmark as well as the European umbrella organisation Euroheat & Power, based in Brussels, Belgium have joined forces to drive the decarbonisation of the DHC sector.

This new project aims to support key actors, including industry players and policymakers, in achieving the goals of the Renewable Energy Directive RED II. Specifically, the project focuses on the goal of increasing the share of renewable energy in district heating systems by at least 1% annually. In six model regions across Europe, the project is gathering experience and building capacity on how best to transform existing urban district heating systems towards low-carbon supply. The aim is to empower actors along the entire value chain to cooperate with each other and work towards the goal of sustainable heating and cooling. The transfer of know-how and best practice examples from the model regions to other regions should increase the replicability and maximise the impact of the project outcomes.

The following partners are involved in the EU project RES-DHC: 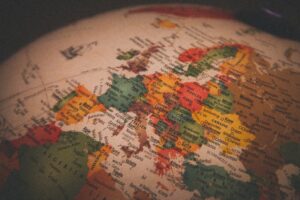 Photo by Christian Lue on Unsplash