Strategies and concepts for LTDH and HTDC 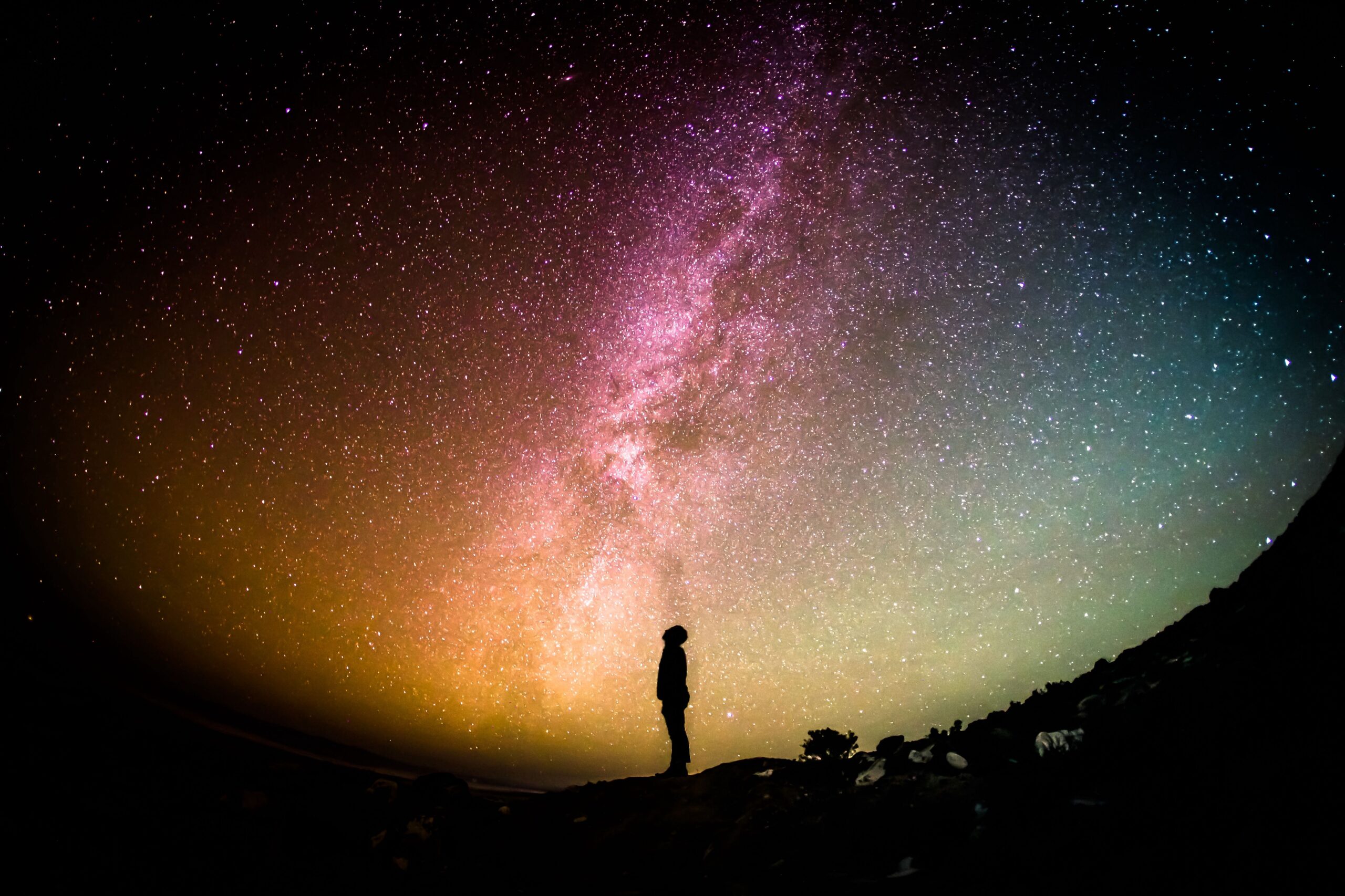 Using district heating systems that operate with lower temperatures than conventional systems opens the possibility to make use of other heat sources with low temperature, such as different sources of waste heat. In this way, we can use heat that would otherwise be released into the atmosphere or in a nearby water body. The losses in the distribution will also be lower. The same goes for high temperature district cooling (HTDC) but at the other end of the temperature range.

This deliberately floating definition was used since the requirements and possibilities of lowering the temperature will always depend on local context, local conditions etc. There is simply not one type of low-temperature system. However, for the purpose of discussing how to plan for and adapt to a low-temperature system, now or in the future, it is useful to more precisely define a number of concepts for LTDH based on the supply temperature. Within the Celsius context, two main LTDH concepts are discussed:

In addition to these, two further concepts above and below these levels are discussed:

The transitional low-temperature concept is added as an option that gives many of the benefits of a real low-temperature system, but without extensive modifications in most buildings. “Transitional” refers to the idea that it can be used as an intermediate step for existing systems and/or existing buildings when striving to further reduce the temperature.

Ultra-low temperature systems have been mentioned previously and refer to systems that go below the level required for safe DHW temperatures, typically by using complimentary heat sources for heating the DHW up to safe temperatures (e.g. heat pumps). The four LTDH concepts and their characteristic properties are summarised in table 1. The exact temperature range for low-temperature level 1 and 2 depend on the country’s legislation but the concepts described here are based upon the characteristics of legionella. Strategies to achieve the concepts are outlined in the following sections.

The “ultra-low temperature” concept defined above can be further developed into a special system where the supplied water is used as a heat source/heat sink for heat pumps to produce heat and cold. In this way, the system does not distribute the required heat/cold at the required temperature, but rather heat that facilitates efficient operation of individual heat pumps. This approach has been called “cold DH” (Lehtmets, 2004) (Tengborg, 2014).

The main benefit of this approach is that waste heat at very low temperatures is often available in abundance. Since heat pumps are used, either heat or cold can be produced. Thus, this approach can be seen as LTDH and HTDC stretched so far that they meet in a combined system. This approach is largely untested but can be an option in heat-sparse areas. A supply temperature of 8 °C was investigated in one study, which showed that it could be economically profitable for certain types of areas (Lehtmets, 2004).

The energy company E.ON has investigated this option in Malmö, Sweden (Tengborg, 2014). The university in Bergen, Norway, is supplied with a system at 15-25 °C (which is heat pumped from a lake) (Henkel, 2006). When there is a heat demand, local heat pumps raise the temperature, and when there is a cold demand, heat exchangers are used. In Duindorp (Holland) seawater is used to heat 750 dwellings (Stoelinga, 2011).

In summer (when the temperature of the seawater is above 11 °C), the heat from the seawater is transmitted to the DH system though a heat exchanger. Thereafter, individual heat pumps raise the DHW to 65 °C and SH to 45 °C. In winter, when the seawater is below 4 °C, a central heat pump heats the DH water to 11 °C which is then distributed to the dwellings. Similar ideas have been studied for the UK (Goodier, 2013).

Since very cheap distribution technologies can be used for this kind of system, for example uninsulated plastic pipes, the capital costs are reduced. However, an overall analysis of the optimal solution must include the primary energy of the heat pumps, the increased costs for heat pumps, etc.

In optimizing the design of a specific LTDH/HTDC network, local conditions such as available heat sources, possible large-scale heat/cold storage, demand profiles, types of buildings, existing network, etc. need to be considered. These conditions, together with the different LTDH and HTDC concepts, can give rise to an optimized system that has different kinds of solutions/concepts for different parts of the network.

An example of a system which involves different kinds of concepts is the cascade system (Dalla Rosa, 2012). Such a system is comprised of a high energy area, typically the dense, central parts of a city with many old buildings and with an old DC/DH network, and low energy areas, typically the less dense suburban areas with new houses and a new DC/DH network, see figure 1.

Figure 1. Cascade system where a high-energy area and a low-energy area where the temperature levels are cascaded between the district heating and cooling systems.

Distributed production and control of lower distribution temperatures increase the possibility of using alternative heat sources such as waste heat from industries, shopping malls, data centers, etc. or from renewable sources such as geothermal or solar panels. This implies that the heat production becomes more distributed than for a system with only traditional heat plant or CHPs. The benefits of this distributed production are e.g. that the total amount of heat needed from the central heat plants is decreased, the interplay between the energy company and the consumers (now prosumers) give rise to new business models that increase the competitiveness of the DH/DC sector, and the possibility to supply heat to a given demand without altering the central heat production.

Strategies for LTDH and HTDC

Planning for LTDH and HTDC is different from planning for traditional DH and DC. Traditional systems often focus on the supply side first, operating the system to supply the temperature and pressure demand of existing customers. In LTDH, the opposite approach is used: the planning should start from demand-side energy demands, thermal comfort and possible energy (Li, 2014).

In the next step, the network design is optimized to be energy efficient and cost effective. In the last step, the supply-side is optimized to produce the required heat at the right temperature in an environmentally friendly way. The difference in planning approaches is illustrated in figure 2. The LTDH/HTDC approach implies a shift in the view of DH/DC business model, where district heating companies traditionally have benefitted from selling a lot of heat instead of optimizing the whole system, including the demand side. The LTDH and HTDC, on the other hand, focus on supplying the required heat as efficiently as possible.

When investigating and planning the temperature levels for a specific network, the actual possibilities and limitations of the demand-, distribution- and supply side need to be considered. This process involves:

The mapping of the demand-side limitations and possibilities for the different temperature levels involves finding:

Table 2 shows only the general characteristics of the demand-side technologies for the different concepts. More specifically, table 2 lists the SH and DHW technologies and strategies that can be used in conjunction with the LTDH concepts defined above. Underfloor heating and forced-air heating are in general well suited for low-temperature supply.

For buildings with radiators, however, different measures need to be taken when the supply temperature is lowered below the 60 °C (which is designed to satisfy SH demand in most buildings with conventional building standards and dimensioning of SH technologies). The level 1 concept will likely require either that the buildings follow low energy standards or that radiators are dimensioned for low temperatures (bigger ones). The level 2 approach will likely require both that low energy building standards and dimensioning of SH technologies.

Ultra-low temperature is even more demanding, and the buildings need to be even more energy efficient and the dimensioning of SH properly performed. For the ultra-low temperature, one may need to use a complementary heat source for SH. This can be an option for buildings which are difficult to adapt to low temperature district heating. Similar to SH, the transitional concept could be accomplished by conventional DHW technologies.

For the level 1 concept, the heat exchangers need to be designed for low-temperature systems. To have hot water circulation, the distribution temperature needs to be about 60 °C, otherwise flat substations could be used. For the level 2 concept, special treatment of legionella must be in place, either by non-thermal methods such as disinfection methods or by using the low volume approach or have a complementary heat source for thermal disinfection.

For the ultra-low concept special treatment of legionella and a complementary heat source for the DHW such as a booster heat pump are needed. The stored DHW needs to be about 60 °C in order to control the risk of legionella. That means that for low distribution temperatures, an additional heat source is needed to achieve the required temperature level in the storage tank, which makes storage of DHW not very suitable for LTDH.

Storing DH water is useful in order to decrease the demand-side peak power, see section Reduction of peak loads, and should therefore be considered for the different LTDH concepts.