Bunhill 2 Energy Centre is now up and running! 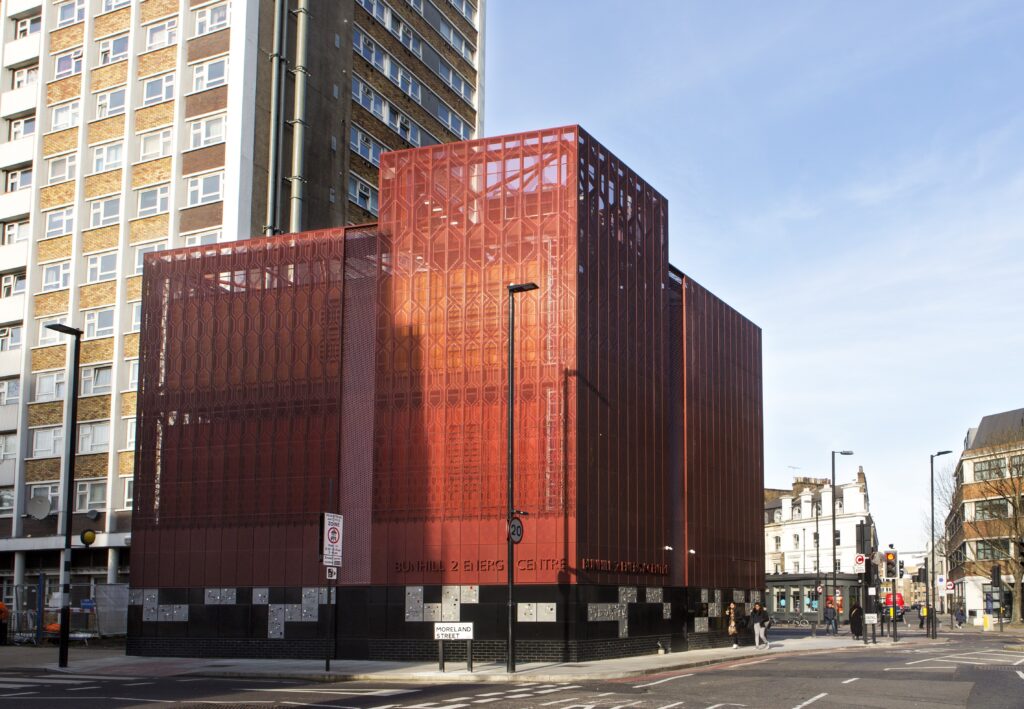 Waste heat from the London Underground network is now capable of providing heating and hot water to more than 1,350 homes, a school and two leisure centres in Islington thanks to a pioneering energy centre that opened on March 5, 2020.

The revolutionary Bunhill 2 Energy Centre – the first of its kind in the world – provides a blueprint for decarbonising heat in potential future schemes in London and around the world, reducing heating bills and carbon emissions while improving air quality and making cities more self-sufficient in energy. 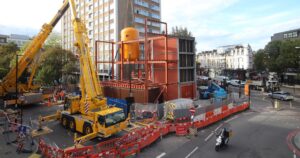 The new energy centre uses state-of-the-art technology on the site of a disused Underground station that commuters have not seen for almost 100 years. The remains of the station, once known as City Road, have been transformed to house a huge underground fan which extracts warm air from the Northern line tunnels below. The warm air is used to heat water that is then pumped to buildings in the neighbourhood through a new 1.5km network of underground pipes.

The energy centre and new pipework adds a further 550 homes and a primary school to the existing Bunhill Heat and Power district heating network, launched in Islington in 2012. The network already provided cheaper, greener heat every day of the year to two local leisure centres and more than 800 homes, but the new energy centre gives the system the potential to supply up to 2,200 homes.

The centre’s combined heat and power technology means it also generates cheaper, greener electricity that is fed into the London Underground network and an adjacent tower block, powering its communal lighting and lifts.
In addition, the two-metre fan, installed in an existing six-storey London Underground mid-tunnel ventilation shaft, can also be reversed to help with cooling the Tube tunnels in the summer months.

Today London’s Deputy Mayor for Environment and Energy, Shirley Rodrigues, visited the centre to see the technology for herself and learn how it provides a blueprint for other sites on the Tube network, and for similar schemes that could use waste heat from other local sources, benefitting tens of thousands more Londoners. 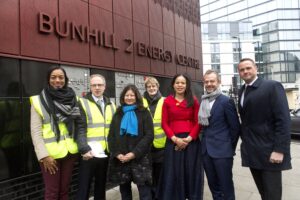 The Mayor of London, Sadiq Khan, said: “It’s great to see this highly innovative project up and running, recycling waste heat from the Tube to provide a low-carbon, affordable way of heating local homes and businesses. I’ve set London the target of being carbon-neutral by 2030. It’s an ambition that will require innovative projects like Bunhill to help deliver it. If we’re truly going to tackle the climate emergency we will need progressive partnerships between local authorities, City Hall, TfL and others as was demonstrated so perfectly by this project.”

Cllr Rowena Champion, Islington Council’s Executive Member for Environment and Transport, said: “This pioneering project recycles heat that was simply being lost to the environment. We are cutting carbon emissions in a way that also reduces people’s energy bills, helping us to help them at a time when the cost of living is soaring.

“Not only is this contributing to Islington’s commitment to be a net zero carbon borough by 2030, but this initiative also helps to reduce fuel poverty and make Islington a fairer place, while offering our communities a sustainable, cheaper and greener future.
“I’m very proud of this exciting project, which promises to make a real difference to residents and the environment.”

Andy Lord, London Underground’s Managing Director, said: “Capturing waste heat from Tube tunnels and using it to supply heating and hot water to thousands of local homes hasn’t been done anywhere in the world before so this ground-breaking partnership with Islington Council is a really important step. Heat from the London Underground has the potential to be a significant low-carbon energy source and we are carrying out further research, as part of our energy and carbon strategy, to identify opportunities for similar projects across the Tube network.” 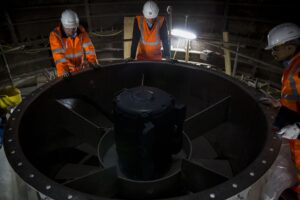 During the winter months, a fan in the ventilation shaft extracts warm air from the Tube which travels over a series of water-filled pipes, heating the water inside by a few degrees. The water temperature is then increased to about 80c using heat pumps, which is suitable for domestic and commercial central heating systems. The fan also has the potential to operate in reverse to supply cooler air to the Tube tunnels during the summer months.

The hot water is pumped around a network of insulated underground pipes, and the heat is again transferred to communal heating system loops on housing estates using heat exchangers.

The heating bills for council tenants connected to the network will be cut by 10 per cent compared to other communal heating systems, which themselves cost around half as much as standalone systems heating individual homes. The nearby Moreland Primary School is the first school to be connected to the network, which already serves the pool and facilities at Ironmonger Row Baths and Finsbury Leisure Centre.

The district heating network is greener too because it reuses heat that would otherwise be wasted; those who are connected will be helping to reduce CO2 emissions by around 500 tonnes each year.

A new public artwork by celebrated Scottish artist Toby Paterson also graces the energy centre. Sited at ground level and wrapped around the building, the series of cast aluminium reliefs draws a link between the centre and the community it serves, and was commissioned by Islington Council.

The pioneering extension to the Bunhill Heat and Power district heating network is a collaboration between Islington Council, Transport for London and the Mayor of London. It was funded by Islington Council, which owns and runs the network, and a grant from the European Union’s CELSIUS project. 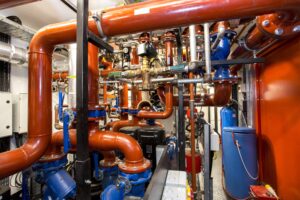 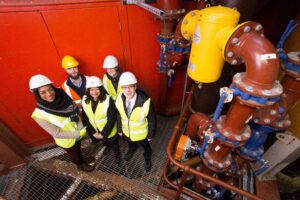 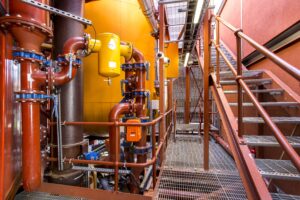 Share This
News Bunhill 2 Energy Centre is now up and running!