The city of Rajkot, in the state of Gujarat, India, is the first pre-existing city[1] in India to tender a district cooling system and the first city under the Government of India’s Smart Cities Mission. Rajkot’s district cooling could be a lighthouse project for delivering efficient, sustainable district cooling in India’s rapidly growing cities. 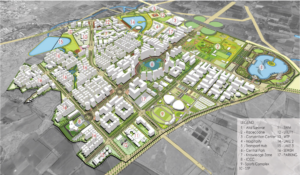 India has the largest population facing risks due to lack of access to cooling across all settings. Cooling is a developmental need and by 2050, India is set to be the largest consumer of space cooling in the world. District cooling can help rein in the environmental impacts such growth has typically entailed in other countries. In addition, district cooling can provide much needed flexibility and resilience to a power system that will see massive increases in renewables over the coming decades.

In April 2015, Rajkot joined the District Energy in Cities Initiative, a public-private partnership led by the United Nations Environment Programme. Since then, UNEP, with the support from key partners such as ICLEI South Asia and Energy Efficiency Services Limited (EESL), have worked with Rajkot Municipal Corporation to prepare the ground for a district cooling pilot and a long-term plan for district cooling expansion. 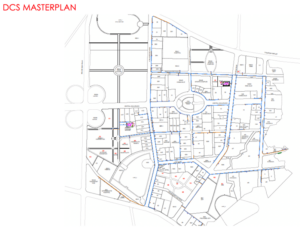 District cooling is now locked into the city’s Smart City Plan and Area-Based Development plan which has helped to anchor the project. The 2019 Climate Resilient Cities Action Plan  also lists district cooling alongside other key measures to address cooling and improve climate resilience such as urban greening. District cooling is also seen as a key technology to reducing power demand – summer months in Rajkot see a 40% higher average monthly power demand, due to cooling.

Like all Indian cities, Rajkot has been grappling with the COVID-19 pandemic which has focused on emergency measures to control the spread of the virus. Now, the situation is improving and Rajkot can look to large, sustainable infrastructure like district cooling, and the local, green jobs it brings, as a key step in Building Back Better.

Today, four years after conception, Rajkot’s smart city area has begun excavation for some of the first district cooling pipes and the first commercial cooling demand is expected in 18 months. As it is developed alongside other infrastructure, the city is initially investing and leading development in the network. UNEP and partners are supporting Rajkot to adjust their district cooling plan to the construction timetable and package the expected $49 million, 32,000 refrigeration-ton, project into an open tender for a PPP model. The project will lead to cheaper more reliable cooling for the new real estate projects, CO2 and electricity savings of up to 50%, a significant reduction in refrigerant use and reliable power for the local grid – reducing peak demand up to 30MW.

The District Energy in Cities initiative is a public-private partnership coordinated by the United Nations Environment Programme that supports cities and countries in developing and emerging economies to accelerate investments on district energy systems. The Initiative is one of the five energy efficiency accelerators of Sustainable Energy for All. For more information on the District Energy in Cities Initiative, please visit the website http://www.districtenergyinitiative.org/ 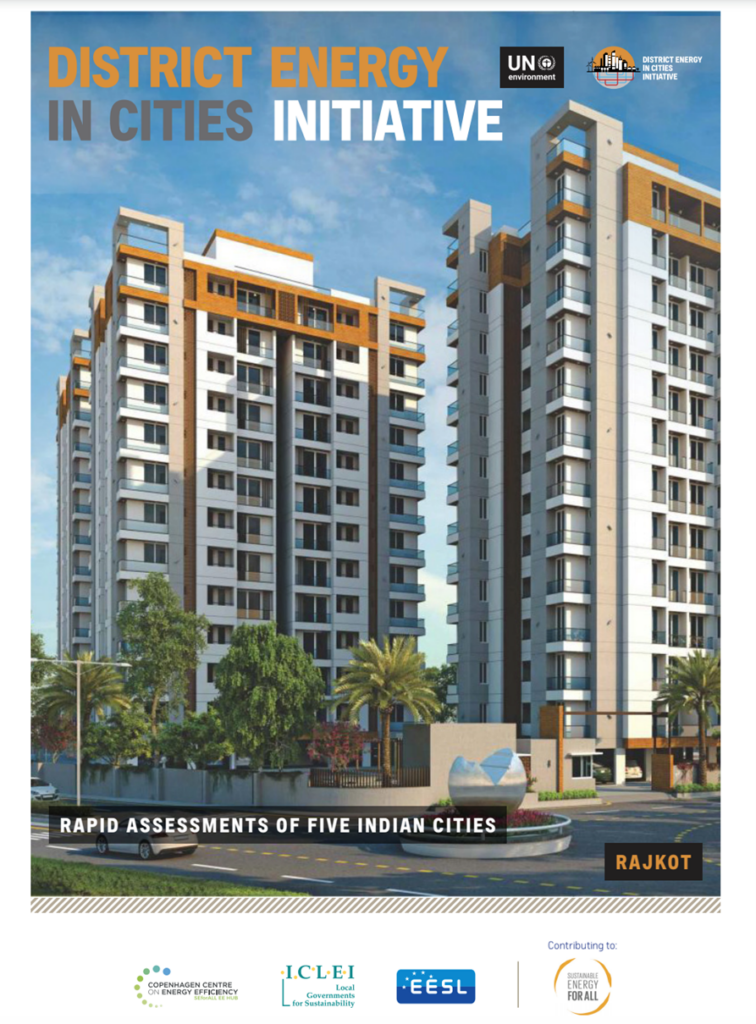 [1] GIFT City and Amaravati city both tendered for district cooling but they were new, greenfield cities whereas Rajkot is an existing city

[2] The author is a consultant working in the Energy and Climate Branch. They alone are responsible for the views expressed, which do not necessarily represent the decisions or policies of UNEP.