Phasing out fossil energy in Croatia

Croatia is hosting the Celsius Summit this year. The mediterrandian country has many barriers to overcome, but also really good preconditions for becoming fossil independent. Tomislav Novosel is a project leader at REGEA, North West Croatia Regional Energy Agency, one of the main organisers of the Celsius Summit 2020, explains.

Hi Tomislav. What can be said about fossil-dependency in Croatia today?

Croatia’s electricity sector is relatively clean. The overall emissions factor of Croatia’s national utility company (considering the total delivered electricity and CO2 emissions released) is around 130 gCO2/kWh. This is due to a high share of hydro power and electricity import. The investments in renewable electricity production is increasing but is still fairly low and the share of renewable production outside of large hydro (such as wind and solar) is still very low. The heating sector statistically has an above average share of renewable production, compared to EU-27, with around 36.5%. This is mostly due to heat production coming from individual biomass furnaces which are not efficient and are a health hazard both for the occupants of the homes as well as the communities in large due to the particulate mater emissions. Moreover, DH supplies only between 10 and 15% of the total heat and is mostly supplied from gas with a large share of CHP. The main challenges to Croatia’s decarbonisation is the low price of natural gas, it is heavily subsidised as the purchasing power of the population is low and making increases in energy prices difficult. Energy is still considered as a social category and the retail prices for households are heavily regulated. The Croatian population is, in general, not bothered by the fossil fuel dependency and cares primarily on the price of energy as that is what they immediately feel. 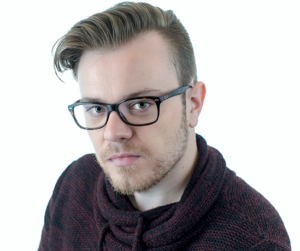 How can fossil energy be phased out? What are possible solutions and what are the barriers to implement these solutions?
Due to the large share of hydro and a solid connection to Europe’s energy market as well as the climate conditions, Croatia has an excellent potential for the production of energy from wind and solar. Additionally, Croatia has a lot of untapped geothermal potential. In the heating sector, it is vital to modernise and expand the existing DH grids as well as to establish new ones where they do not exist. According to several studies, the feasible share of DH in Croatia is between 40 and 50 percent demonstrating a lot of potential for growth. In less densely populated areas, focus should be placed on heat pumps or biomass where it can be sourced locally and sustainably. The primary barriers for this are the aforementioned subsidised price on gas, regulated energy prices and low purchasing power. Additionally, there is a clear lack of incentives such as green fiscal policies, energy zoning and so on.

Envision Croatia in 15 years. How well do you think the country has managed the energy transition by then?
I hope that Croatia will remove the barriers preventing both public and private investments in sustainable energy production and energy efficiency. Liberalise the market and shift taxation away from labour and profit and more towards un-sustainable practises and GHG emissions. Additionally, I hope that we will introduce a strong focus on climate and energy planning on the local and regional level thus enforcing the plans and strategies developed on all governance levels. The team at REGEA is working hard on these topics and some progress is being made. Cities and regions are aware of their roles and needs in terms of the energy and climate transition and we, as a Regional Energy Agency, are actively supporting them in the implementation of their visions.

Related article:
A new era for heating in Croatia
The European Commission has approved, under EU State aid rules, Croatian plans to support the modernisation of an energy efficient district heating system in the city of Zagreb, Croatia.
← Improving energy efficiency – A handbook on DH upgrading paves the way Transition strategies for delivering low carbon district heat: 6 guides to put you on the right track →

Share This
News Phasing out fossil energy in Croatia