About 90 percent of apartment buildings, 12 000 detached houses and numerous industries, offices, stores, and public buildings are connected to district heating in Gothenburg. Göteborg Energi (Gothenburg Energy), the city-owned energy company and local provider of district heat, are going fossil free by 2025, basing their production solely on renewables and recycled energy. To make this transition possible several measures need to be carried out. Some to deal with the base load and others to provide heat during peak hours during the colder days of the year. 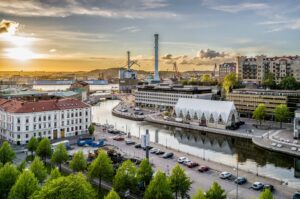 The transition will require new boilers for non-fossil fuels, having the flexibility to produce both heat and electricity depending on demand, and energy storage with hot water storage tanks instead of the current fossil-based energy storages for peak loads. In addition to this, Göteborg Energi is constantly on the lookout for additional external heat providers, such as industries which through their production create a lot of excess heat. If everything goes according to plan Göteborg Energi will be a carbon sink by 2045.

Göteborg Energi has adopted a business plan for the period 2020-2023 where a transformation of the district heating production is an important condition. In accordance with the plan, several measures are already under way and construction has started or is being planned. Some of Göteborg Energi’s plants are no spring chickens, and the ones constructed during the 70’s and 80’s, as well as parts of the pipe network, are reaching the end of their service life. This provides an organic opportunity to make the shift towards renewables. Boilers with a substantial remaining service life and strategic importance will be converted to run on renewables and worn out boilers will be scrapped and replaced with new ones depending on the need of the system.

Accumulator instead of natural gas 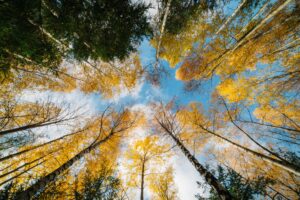 Göteborg Energi’s biggest facility, Rya CHP Plant, is also the biggest emitter of greenhouse gas within the company. Rya CHP Plant is a relatively new facility and will be converted to run on renewables. The planned changes would make it possible to run the plant on biofuels with a bigger fuel flexibility and to separate electricity and heat production so that the plant can be run as a boiler without electricity production if needed. Additionally, Göteborg Energi will start using an accumulator for hot water storage in combination with pellet boilers, which will make it possible to phase out current, older, fossil-fuelled boilers.  These measures will lead to the fossil fuels constituting only a tenth of a percent of the district heat during a normal year. 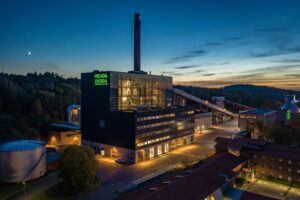 Even when all production facilities run on renewables the prime source of heat should be recycled energy. This follows the principles of different energy types quality and helps save biofuels and reduce emissions. As of today, recycled heat from nearby industries is used in such quantities that it is enough to supply the entire customer need during the summer months. Göteborg Energi will continuously explore options to increase the amount recycled heat with current partnering industries as well as finding new businesses with excess heat to spare. Gothenburg’s district heating network is connected to neighbouring cities, such as Mölndal and Kungälv, developing and increasing the efficiency of these connections is also a constant process.

Aiming for 2025, the goal is to deliver district heat based solely on recycled heat and renewable production. Göteborg Energi also supports the Swedish heating industry organisation’s roadmap for fossil-free heat production and the goal to by at least 2045 be a carbon sink. In line with that plan, the company is exploring options to introduce technologies that reduce biogenic atmospheric emissions as well as investments towards Enhanced Geothermal Systems (EGS). 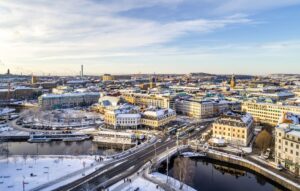